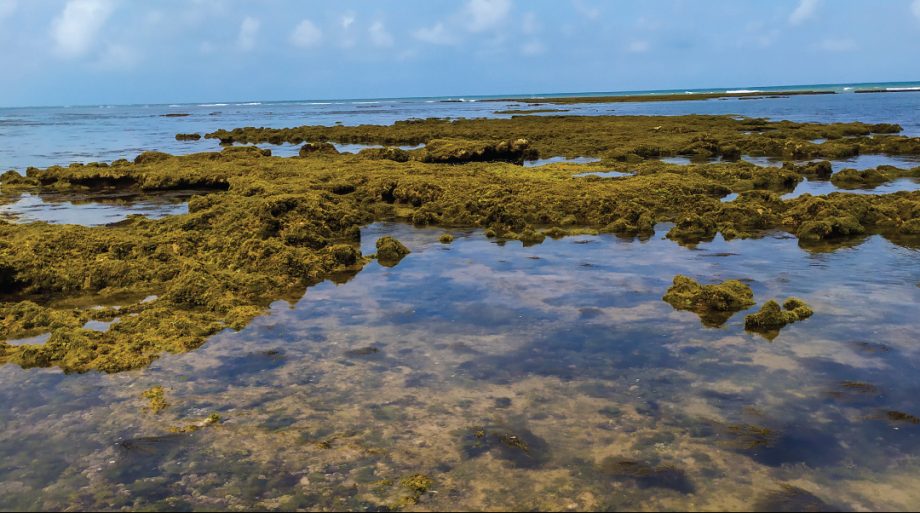 Brown seaweed, which is known as Fucus vesiculosus or bladderwrack, is a salty sea vegetable that’s popular in many cuisines. Limited evidence supports many of the claims of its medicinal benefits, but some studies suggest it may have health perks.

Should you incorporate it into your diet? Read on to find out.

What is brown seaweed?

Brown seaweed is algae that grow in cool oceans around the globe. You may have seen patches of its slimy green-brown branches washed up on the beach.

Brown seaweed is a common ingredient in many Asian cuisines. People eat it raw, cooked, or pickled. If it’s raw or pickled, it has a crisp crunch. Its texture is softer if it’s cooked. Cooks serve up brown seaweed in a Korean soup called Miyeok Guk. You can also incorporate it into plain miso soup or seaweed salad. Its texture and flavor can make bland foods more interesting.

What are the nutritional benefits of brown seaweed?

Brown seaweed is packed with nutrients. It’s an excellent source of iodine, an essential mineral for healthy thyroid function. It also provides:

Eating a wide variety of nutrient-dense foods, such as brown seaweed, can help you get the vitamins and minerals that your body needs. The fiber in brown seaweed can also promote digestive health while warding off constipation.

What medical claims are made about brown seaweed?

Some people have claimed brown seaweed is a cure for many conditions. One of the claims is that it can detoxify your body from radiation. Some people also suggest it can cause cancerous tumors to self-destruct. No scientific evidence supports either of these claims.

Brown seaweed does contain some substances that may help treat certain conditions, including certain types of cancer and obesity.

Brown seaweed contains an element called fucoidan, which researchers have isolated and tested for its effect on cancer. According to research published in Marine Drugs, fucoidan has shown promise in eradicating or slowing the spread of colorectal and breast cancers.

Brown seaweed also contains fucoxanthin, which is a pigment that’s responsible for its color. A study reported in the journal Diabetes, Obesity and MetabolismTrusted Source suggest that a combination of fucoxanthin and pomegranate seed oil may help promote weight loss and reduce liver fat in obese women. It’s important to note that the research participants took supplements containing higher doses of fucoxanthin than you’d get from eating the seaweed straight.

Can you have too much brown seaweed?

Like anything that lives in the sea, brown seaweed can also absorb and contain environmental pollutants, such as arsenic and cadmium. These elements can damage your liver and pancreas.

Eat brown seaweed in moderation to lower your risk of these issues. Enjoy it as part of a varied and well-balanced diet.

Brown seaweed is a nutritious vegetable. It’s a rich source of:

While more research is necessary, some studies suggest it might also contain cancer-fighting and weight-loss-promoting ingredients.

You can add brown seaweed to your diet by incorporating it into soups, salads, and other dishes. You can also find brown seaweed supplements at many health food stores. Consult your doctor before adding supplements to your routine.