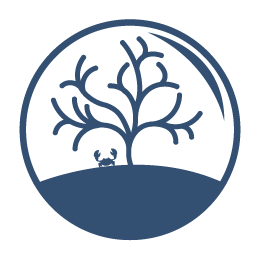 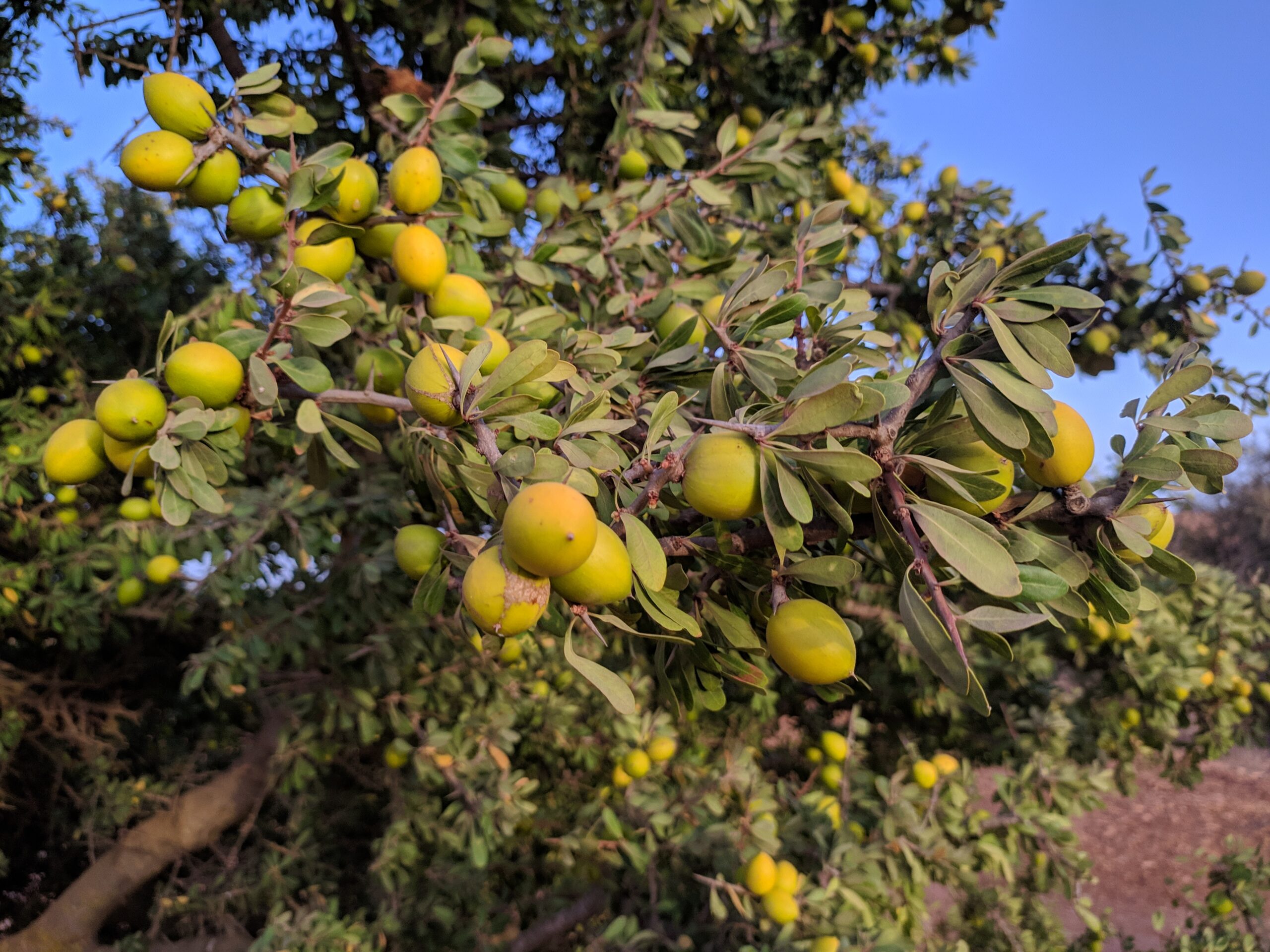 The argan tree is one of the rare trees in the world, for which specialized scientific and industrial studies have devoted an important space of attention to highlighting its nutritional ecological properties and its therapeutic and cosmetic advantages. It is known among botanists and specialists as Argania Spinosa. It belongs to the sapotacées class of the Sabbat family and is spread in western Algeria and South Africa. The largest number of them is concentrated in southern Morocco, which is the world’s first main source of raw extracts of argan, and some studies indicate that one argan tree produces annually between 10 to 30 kilograms, extending over an area estimated at 830 thousand hectares, with an estimated rate of 7% of the forest area in Morocco. With production ranging from 3000 to 4000 tons per year, a total of 21 million trees along a field extending between the city of Essaouira, Sidi Ifni, the plains of Abda, Shiazima, Haha, Sous, Massa, the foothills of the Great and Small Atlanteans, western and western Berkane. Hundreds of years ago.

This tree aroused the interest of many explorers and geographers. The ancient Arabs who wrote down important information about it in their descriptive writings, and in the current period, its reputation has transcended regional and regional borders to die D for universality, especially after the World Organization for Culture and Science, known for its acronym UNESCO, included the vital area of ​​the argan tree in the list of world reserves of natural heritage since December 1998.

Many Arab geographers talked about the argan tree with various names and formulas and included in their writings data and references about the characteristics of this tree, its advantages, its uses, and the method of extracting its oils. Oregano oil and its tree is similar to a pear tree, but it does not miss by hand, and its branches are stemless and thorny.

” The geographer Abu Abdullah Al-Zuhri, who lived in the sixth AH / twelfth century AD, spoke about the argan tree as one of the wonders of the Far Morocco “and among the wonders of This is argan oil, which is a name in the Masamada language. It is located on a tree, neither young nor old. In his description of the fruits of the argan, he adds “love as much as apricot in its character and color.. It is like stars in the shadows of the night, except that it has no flesh or goodness, but it is the skins of wafers.

On Anoui Ghallaz, and in his talk about the mountain of Dern, meaning the High Atlas, Al-Sharif Al-Idrisi referred to it, saying, “With this mountain, there is a large tree called the Berber Argan, and it resembles a pear tree in branches, branches, and leaves.. It is similar to the fruit of the eyes at the beginning of its plant, its upper crust is thin green, and if it Nahat is yellow, but at the end of the sourness and acidity, and inside it are nuclei similar to olive with an elongated head. It is solid and the taste of this fruit is not good at all.

” Ibn al-Bitar pointed out in the seventh century AH / thirteenth century AD that the argan tree is found in the Far Maghreb and is characterized by the large number of thorns that prevent access to its fruits. A small oak, yellow in color, with an impermeable hole in one of its sides, and inside it resembles the love of pine.

As for Leon the African Hassan, who lived in the tenth century AH corresponding to the fourteenth century AD, he limped in the context of his talk about the country of Haha, pointing out that “there are a large number of From thorny trees that produce a great love that resembles olives.. This fruit is called by them “Harjan.” With almost the same description, “Marmol Karbakhal” indicated that the inhabitants of Haha extract the oil they consume from the kernel of some of the fruits carried by thorny trees called argan.

Traditional methods.. steadfast in the face of the specter of oblivion

Abu Ubaid Allah Al-Bakri indicated in the context of his talk about the people of Souss, that they reap the fruits of the argan and feed their livestock from it, as it is collected, grinded, cooked, and extracted from the oil, which they use a lot and dispense with from the rest of the other oils because of its abundance. A good that has fallen into the ground, so the beasts gather and eat them, so their nuclei are thrown into their mangers, and those nuclei are collected and broken, and they are hard to break, and almonds come out of them as much as the apricot kernels, and those almonds are fried in the frying pan on the fire, and they are crushed and squeezed, and pure, thin oil is dripping from it. “.

To learn about whether there is a difference between the traditional methods that the historical sources talked about and the current methods, we went to the city of Essaouira, in which there are a number of shops of professional associations and cooperatives that extract argan oil directly in front of customers in traditional ways. A woman in her sixties received the ABCs of extracting argan oil at an early age from her childhood at the hands of her mother and grandmother, who supported the family from the incomes of reaping the fruits of argan and its pressing, saying, “Before we start the process of extracting argan oil, there are a set of first preliminary stages, which begin with reaping the fruits.” The green color is from the branches of the trees, so the crop is collected and dried in stages until its color turns from green to dark brown or black, and there are those who leave the fruits in the trees until their color becomes dark brown and then fall off on their own or then reap them, and then proceed to harvest them. In cracking the outer shell, which is usually hard, and extracting kernels called “Tizen”, the kernels of the fruits are brought to the shop and are roasted and ground manually using traditional stone-made mills, resulting in a paste mixture. It is carefully called “Zakmouna”, then a hot aqueous solution mixed with salt is added to it so that a pure sample of argan oil can be extracted, not mixed with the rest of the ingredients of the dough, and it is characterized by a special pleasant smell, this is with regard to the extraction of the process of extracting argan oil , and the second oil Destined for cosmetic uses, from which they are divided between four to five types, they are not subject to roasting and pass through the same stages that the previous one passed through and result in an oily solution that tends to yellow color without a distinct smell or taste..” It is exploited and no components of argan fruit are left out. It is presented to sheep as fodder, while “Zakmouna” is a raw dough that is used for heating and serves as wood in the stove. They are pieces of natural soap, ointments, and face cosmetics to remove their dead cells.

As a result of the increasing demand for argan oil and its derivatives, many women who work in this field have organized in cooperatives that have contractual relations with a group of factories inside and outside Morocco, including the “Floratis” cooperative, which was able to attract an important sample of traditional craftswomen who have become a base A productivity that many factories specialized in the production of natural cosmetic extracts are scrambling to deal with.

In this context, Malika, who is involved in this cooperative, indicates that she is exporting argan oil for cosmetic uses, in addition to significant quantities from “Zakmouna” to a specialized factory in Casablanca, where it re-uses the use of argan oil. The latter, from which various derivatives of powders and ointments are extracted, are then sold to the cooperative again at preferential prices, and the cooperative in turn sells them in the internal market to its Moroccan and foreign customers, who are very popular with them. Mechanization that contributes day after day to accelerating the pace of dispensing with traditional production methods. Will the traditional techniques stand up to mechanization as they have for hundreds of years since the Middle Ages?

The benefits of the pillars.. between praising historical writings and recommending contemporary research

Many Arab sources talked about the multiple uses of argan oil and its nutritional and cosmetic benefits. Abu Obeid Allah al-Bakri described it’s good oil, praiseworthy for food, and Ibn Khaldun referred to it as “honorable oil of good color, smell, and taste..” Very much is known in the Far Maghreb, and because of its large number, their lamps are smuggled, and the smokers fry the sponge in the markets, and if the fire touches it, it has an unpleasant and spicy smell, but it tortures its food in the sponge..” Their feeling is improved by this, and they are longer and not broken, and the hair will hold its color from black.”

When we extrapolate the content of these historical testimonies in the light of recent studies, we find many points of intersection with extensive laboratory details and results. This free encyclopedia tells us, for example, that argan oil contains 42.8% of oleic acid, 36.8% of linoleic acid, 6.0% of stearic acid, 12.0% of palmitic acid, and less than 0.5% of linolenic acid, which is one of the most important essential fatty acids omega-6 and omega-9 (Essential fatty acid). In addition to these essential fatty acids, it contains “tocopherol”, which is the active form of vitamin E, “squalene”, Steroids, carotenes, and phenols.

The laboratory results revealed by scientific and industrial research and studies contributed to the spread of the argan tree’s reputation, and many countries tried to grow it in their dirt fields, but the results were counterproductive and did not result in what was expected of them, for climatic reasons that are not compatible with the Mediterranean climate in which this tree grows. And for other reasons related to the nature of the soil and its organic components, and some study offices are currently working on drafting proposals to re-cultivate this tree in industrial fields somewhat similar to its original home, and there is no doubt that the coming days will reveal to us the success of these proposals or not and the extent of their contribution to Breaking the monopoly of the Moroccan environment’s production of this “wonderful” tree